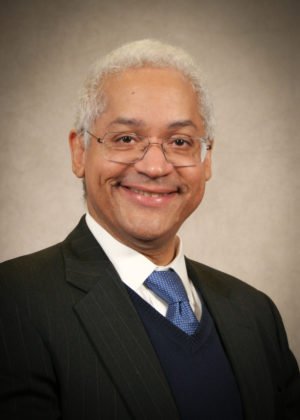 Anthony Q. Fletcher is a transactional attorney who primarily practices in the areas of corporate and commercial law. Prior to starting his own firm, Mr. Fletcher was an Associate Professor of Law at New York Law School where he taught courses in Securities Regulation, Mergers & Acquisitions, Corporations, and Partnerships & LLCs. Subsequently, Mr. Fletcher continued his academic career as a Professor of Law at the Barkley School of Law in Kentucky, and while teaching served initially as the Law School’s Clinical Director and thereafter was ultimately appointed Dean of the Law School.

Prior to his academic career, Mr. Fletcher first practiced law as a corporate securities attorney at the law firm of Fried, Frank, Harris, Shriver & Jacobson, and afterwards continued to practice as a securities attorney at the law firms of Whitman, Breed, Abbott & Morgan and Kelley, Drye & Warren. At the foregoing firms, Mr. Fletcher primarily advised public corporations, mostly financial institutions, in complying with SEC regulations governing their disclosure requirements and filing their periodic reports. The balance of Mr. Fletcher’s time was associated with advising on public company mergers and acquisitions.

While in practice, Mr. Fletcher has also been a member of New York City government. In 2007, Mr. Fletcher was appointed by the Manhattan Borough President to Community Board 9 (MCB9), the municipal governing body for the Morningside Heights/West Harlem District in Upper Manhattan. In furtherance of his work as a member of City government, since 2011 Mr. Fletcher has served as a Director of the West Harlem Development Corporation (WHDC), a not-for-profit corporation primarily dedicated to increasing economic opportunities and the quality of life in West Harlem, and since 2013 has also served as a Director of the Upper Manhattan Empowerment Zone (UMEZ), a federally-funded, not-for-profit corporation with the primary goal of facilitating economic development in Upper Manhattan. For the last 3 years, Mr. Fletcher has been the Corporate Secretary for UMEZ and recently completed his first year as Chair of its Human Capital Committee.

In tandem with his Bar Association activities and community service, Mr. Fletcher has consistently mentored young attorneys and law students in the pursuit of their academic and professional goals. As Chair of the Business Law Section’s Committee on Diversity, Mr. Fletcher initiated a Mentoring Program within the Business Law Section for young attorneys and law students to be paired with and mentored by senior business lawyers of the Section. During his tenure as Chair of the Section’s Committee on Diversity, the Section was honored by winning the State Bar’s Diversity Challenge on account of its Mentoring Program and other initiatives to recruit and retain diverse attorneys to join the State Bar and ultimately the Business Law Section.

Mr. Fletcher received his A.B. in both History and Political Science from Columbia University and his J.D. from Harvard Law School. 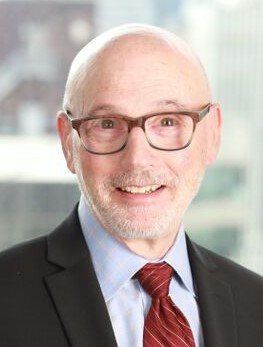 An internationally recognized leader in the franchise field, Thomas Pitegoff counsels international, national, regional and startup franchisors in a variety of industries to structure their franchise systems effectively and comply with state and federal franchise laws. He represents foreign franchisors in their U.S. business and U.S. franchisors expanding abroad. He also acts as general U.S. counsel for foreign companies and he provides outside general counsel services for U.S. companies. Mr. Pitegoff is a former member of the Governing Committee of the American Bar Association’s Forum on Franchising, and a former editor of the Franchise Law Journal. He is a frequent writer and speaker on franchise law subjects. 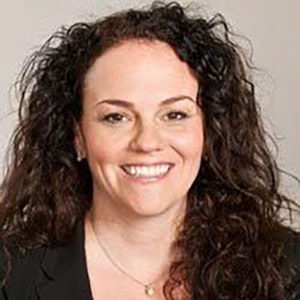 Jessica Parker is an experienced corporate-transactional generalist, representing individuals and companies in their formation, counseling them in their business operations and in connection with various types of corporate transactions, helping to ensure their growth and stability. She has worked with for-profit and not-for-profit, public and private entities, understanding the nuances involved with their businesses and operations. After 15 years of practice, Jessica moved over the business side, utilizing her legal skills as a regulatory project manager for Credit Suisse where she collaborates with business and legal partners as well as tax and IT professionals to implement and manage regulatory projects. This position is a continuation of her prior role as contractor for the Asset Management Department’s legal team. Prior to joining Credit Suisse’s legal department as a contractor, Jessica served as the Chief Legal Officer (“CLO”) for a nonprofit organization that works to end violence in intimate relationships and combat the effects of domestic violence and human trafficking on women, men and children. In her role as CLO, Jessica advised the agency on all matters with legal implications including corporate governance, grant and vendor contracts, insurance, risk management, real estate, subpoenas, human resources, operations and policy matters, budgeting, resource development, funding support, strategic planning and external affairs. This experience matured the managerial, leadership, legal, relationship-building and organizational skills Jessica gained through previous years of experience working as a solo practitioner and for large and small law firms, serving the needs of clients in many industries. 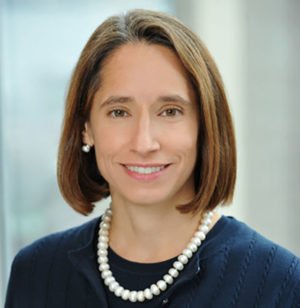 Anastasia Rockas focuses her practice on private investment funds and private equity investments. Ms. Rockas’ private investment fund practice comprises representing sponsors in forming domestic and offshore funds, such as leveraged buyout funds, venture capital funds, real estate funds, hedge funds, debt funds, hybrid funds, captive funds, and other private equity funds, including those targeted to particular industries, countries or regions. She represents significant investors such as large family offices and sovereign wealth funds in all aspects of their investments in private funds. Ms. Rockas’ practice includes representation of investment advisers as well as investors in connection with managed accounts, funds of one and investment advisory agreements. She has extensive experience representing investment advisers as well as private equity investment principals in negotiating and documenting their management company and general partner structures, including their incentive compensation arrangements, employment matters and succession issues. Ms. Rockas works on a variety of investment transactions involving private funds, including investments in investment advisory businesses and other types of equity investments. Ms. Rockas assists investment advisers with various regulatory and compliance matters, such as investment adviser registrations with the SEC and ongoing compliance, SEC examinations, regulatory filings with the SEC and the Treasury Department, as well as CFTC and ERISA issues. Ms. Rockas is an active member of various bar associations. She is currently serving as the chair of the New York State Bar Association’s bar securities regulation committee and is a member of New York State Bar Association’s Private Fund Sub-committee and executive committee. She is also a member of the American Bar Association’s Hedge Fund and Institutional Investor committees. Ms. Rockas also has been named to Best Lawyers in America and The Legal 500 U.S.