Membership in NYSBA’s Antitrust Law Section is a valuable way to:

Opportunities for Professional Growth and Achievement

NYSBA’s Antitrust Law Section offers members excellent ways to enhance their knowledge and expertise by participating in the Section activities.

All of these activities enable you to stay on top of the constantly developing field of antitrust law, as well as meet and work with colleagues who share your interests.

Participation in Section Activities is Easy

The Antitrust Law Section aims to address the complex issues that constantly arise in the field, and to communicate about antitrust law with the profession as a whole.  Through formal comments on proposed legislation, the Section’s program held during NYSBA’s Annual Meeting presents the most current issues in presentations by experienced practitioners (including enforcement agency officials), economists and business persons.

The Section offers its members a variety of ways to participate.  The Section’s Executive Committee welcomes membership participation in these activities, as well as others, and encourages interested members to contact it to discuss opportunities.

A Voice in the Association

The Antitrust Law Section addresses major professional issues that affect practitioners, and advocates those positions where appropriate, including within the New York State Bar Association and to the United States and New York State legislatures.

Membership in the New York State Bar Association’s Antitrust Law Section is a valuable way for you to keep up-to-date on the growing number of issues and concerns that face the ever-changing legal profession.

Are you interested in volunteering for a Section Committee? Please email your staff liaison to indicate the committees you wish to join. Thank you! 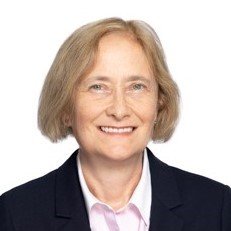 Elaine Johnston is head of the U.S. antitrust practice and co-head of the global antitrust practice at Allen & Overy LLP. She represents clients before the U.S. Department of Justice and the Federal Trade Commission in mergers, acquisitions and joint ventures, as well as companies in non-merger investigations, and she has particular expertise in the strategic management of antitrust clearances on complex cross-border deals. Antitrust litigation is a further important part of her practice, as is advice on business conduct, including worldwide distribution and licensing arrangements, patent pools, information exchanges, and benchmarking. Elaine acts for clients in a broad range of industries, including banking and financial services, pharmaceuticals and healthcare, engineering, oil and gas, chemicals, food products, and vitamins.

Elaine received her LLM from the University of Michigan law school, where she was a Fulbright scholar, and her BA (Hons) and MA from Clare College, Cambridge University, UK.

The Antitrust Law Section confers three service awards. The William T. Lifland Service Award has been given since 1997 and was renamed in honor of its first recipient, William T. Lifland, in 2007. The Distinguished Public Service Award was created in 2007. The Justin Batten Award for Outstanding Service by a Young Lawyer was created in 2021 and named in honor of its first recipient, Justin Batten.

The Public Service Award is made periodically and acknowledges those who have distinguished themselves not only as leading antitrust practitioners, but as individuals who have brought distinction to the antitrust bar as a whole by making significant leadership contributions to the public interest through their service to the bar and to society generally.  The Award is presented to the recipient by the Antitrust Section at its annual dinner.

Justin Batten Award for Outstanding Service by a Young Lawyer

$5,000 cash prize and publication of the winning article

To learn more and apply, download the below Word doc.

The Hollis Salzman Women’s Leadership Fellowship has been established by the New York State Bar Association’s Antitrust Section to honor the memory of Hollis Salzman (1965-2020). Hollis was a pre-eminent antitrust attorney and long-term member of the NYSBA Antitrust Section, serving on its Executive Committee, and as Secretary, Vice Chair, and finally Chair of the Section in 2020.

2022 Fellowship
For 2022, the Section has chosen the Harvard Law School’s Women’s Leadership Initiative, which has held a seat in its 2022 in-person program for our Fellow. The Fellowship will cover course fees for the program, which includes tuition, course materials, accommodation, and most meals.

Learn about the Diversity Fellowship here:

The Antitrust Law Section is looking for mentors and mentees for its 2022 mentoring program!

How do I sign up?
To receive the mentor/mentee questionnaire to allow us to match you, please email Sharmin Woodall at [email protected]

Participation in the program is complimentary.

September 12, 2019 – Summer Mergers Program featuring Senator Sherrod Brown — The focus of this program was the role and scope of Antitrust merger review. The keynote speaker for this program was Senator Sherrod Brown, and the commentators were Paul T. Denis (Retired Partner, Dechert LLP) and James Levinsohn (Charles W. Goodyear Professor of Global Affairs and Director of the Yale Jackson Institute for Global Affairs).

August 8, 2019 – Teleconference on Merger Enforcement by State Attorneys General — This webinar featured a panel of top antitrust enforcers from New York, California, and Virginia who shared their perspectives on the types of matters that invite states’ scrutiny, discussed the procedural and substantive differences in merger investigations by state attorneys general and investigations by the FTC and the DOJ, and provided highlights from recent enforcement actions.

June 26, 2019 – Diversity Committee Mock Interview event — Program for law students, as well as junior attorneys, to assist in preparing for an interview in the antitrust field.

June 17, 2019 –  “Why Antitrust?” Program for Summer Associates — A diverse group of antitrust practitioners who graduated in the last ten years discussed what led them to antitrust law; provided details on the types of cases, transactions or other antitrust work they have handled; and offered insight into optimal positioning to capture a job in the field.

June 5, 2019 – Mergers Committee Program, “How to Conduct an Antitrust Overlap Analysis” — This panel featured antitrust practitioners with extensive experience in merger matters across a wide array of industries. The panelists discussed best practices in conducting an overlap analysis and their tips and tricks to develop the most robust analysis in a short timeline.

June 12, 2019 – Cartel and Criminal Practice Committee Program, “Antitrust in the Financial Industry: Navigating the Pitfalls.”  The program featured a panel discussion moderated by Antonia Sherman of Linklaters and panelists Jeffrey Martino (Chief of the Antitrust Division’s New York Field Office), Wendy Waszmer of Wilson Sonsini and Jordan Woods of Morgan Stanley.  The panel discussed a wide range of antitrust topics relative to the financial services industry, including antitrust scrutiny of syndications and current enforcement priorities of the Antitrust Division.

June 10, 2019 – Antitrust Law Basics. A faculty of experienced antitrust law practitioners provided a broad overview of the current antitrust practice landscape, including its laws, procedures and players. Course materials presented during the event can be found here.

May 15, 2019 – presentation to Antitrust Section Executive Committee by Jonathan Baker, currently Research Professor of Law at American University and a former Director of the Bureau of Economics at the Federal Trade Commission, among other roles, discussed his new book “The Antitrust Paradigm: Restoring a Competitive Economy.”  Professor Baker presented his view of how enforcement and jurisprudence can be updated for the high-tech economy, advocating for a middle path between laissez-faire and forced deconcentration, grounded in pro-competitive economic regulation.

April 17, 2019 – Spring Fling, Bookmarks (Rooftop Terrace) at the Library Hotel, 299 Madison Ave — This event held at the Bookmarks Rooftop Lounge on a beautiful spring evening, provided an excellent opportunity for attorneys of all levels to network and celebrate the past year’s achievements.  The event was co-sponsored by the Antitrust Section and the Young Lawyers Section, and also kicked off the Antitrust Section’s Mentoring Program. The Spring Fling was very well attended by both experienced and junior attorneys, and several mentor-mentee pairs were able to meet and make great connections.

April 17, 2019 – Presentation to Antitrust Section Executive Committee by Dr. Emily Walden, of NERA, presented on vertical healthcare mergers. Topic discussed during the presentation included the economic theory of vertical mergers and its application to healthcare mergers, in particular the acquisition of physician practices by health systems, as well as the use of merger retrospectives in prospective healthcare merger analysis.

April 10, 2019 – Views from the Trenches: Litigating Merger Cases, Jones Day, 250 Vesey Street — A diverse panel of private practitioners and Government lawyers shared their lessons and observations from trials of some of the most significant merger cases.

March 13, 2019 – presentation to Antitrust Section Executive Committee by Dr. Eric A. Posner, the Kirkland & Ellis Distinguished Service Professor of Law at the University of Chicago Law School and Of Counsel at MoloLamken LLP, presented his views on concentration in labor markets.  Employers frequently use no-poaching agreements and noncompete clauses in ways that, according to critics, may suppress the wages of workers in violation of the antitrust laws. These concerns have been reinforced by new research that shows that labor market concentration is widespread in the United States and that labor market concentration is highly correlated with wage suppression. In his presentation, Professor Eric Posner described and evaluated this research, and proposed reforms to antitrust law so that it can better tackle the problem of labor monopsony.

February 27, 2019 – Antitrust “Plus” Factors program by the Coordinated Conduct Committee at Dechert LLP, 1095 Avenue of the Americas – A panel of antitrust practitioners discussed the genesis of antitrust “plus factors” as circumstantial evidence of an anticompetitive agreement, examples of common plus factors alleged by plaintiffs, recent cases analyzing plus factors, and a circuit split regarding the summary judgment standard.

February 20, 2019 – Becoming an Antitrust Attorney, Cardozo School of Law Moot Court Room – This panel and networking event was held for New York City-area law students.  A panel of practitioners from the government, plaintiff and defense bars shared their unique paths to becoming antitrust attorneys, discussed what the diverse practice area of antitrust law encompasses, and provided students with advice on what steps they can take to pursue a career in antitrust law.

February 13, 2019 – presentation to Antitrust Section Executive Committee Almudena Arcelus, principal at Analysis Group, and Howard Ullman, Of Counsel at Orrick, presented on how the adoption of blockchain technology will impact various stakeholders, the potential risks and useful mitigation strategies relevant to antitrust considerations.

January 17, 2019 – Antitrust Law Section’s Annual Meeting: Annual Review of Developments and Hot Topics, including: Merger Enforcement in the Trump Administration, Blunt Instrument or Surgical Blade: Is Section 2 of the Sherman Act the Right Tool to Address Financial Market Manipulation?, A Discussion with the Antitrust Division’s New Deputy AAG for Criminal Enforcement, Don’t Be Afraid of the DARC (the Donnelly Act Revision Committee, that is)

September 20, 2018 presentation to Antitrust Section Executive Committee by Scott Hemphill, Professor of Law at NYU Law School, gave a presentation on his forthcoming article “The Strategies of Anticompetitive Common Ownership.”

May 30, 2018  Class Issues in Multi-Sided Markets with Dr. Michael I. Cragg, The Brattle Group, Principal and Chairman of The Brattle Group, discussing the complexities of class certification when issues regarding platform economics and two-sided markets are presented.

June 22, 2017 #Antitrust: Social Media Insights for Class Action Litigation, with Mark Pelofsky and Brenda Arnott-Wesson, of Voluble Insights for Litigation, and Prof. Kerin E. Coughlin of NYC College of Technology, discussing the various ways social media analysis can be used in antitrust class actions, and how attorneys can use it most efficiently and effectively.

The newsletter will be published several times throughout the year.  Each edition will include brief summaries of recent decisions issued by New York courts and regulatory agencies that are relevant to antitrust law.  Each newsletter will also include several longer thought pieces on a current antitrust law issue.  Comments on the newsletter are welcome and should be submitted to the committee Chairs. 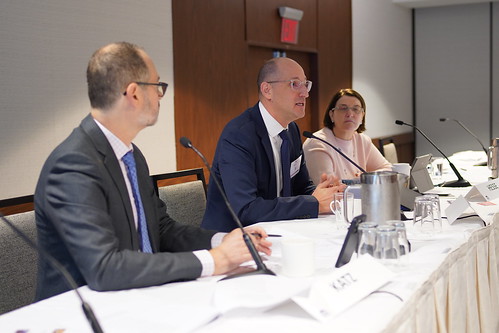