The Commercial and Federal Litigation Section was established in 1988, and Robert L. Haig served as the first chair.  The Section’s Bylaws state:

The purpose of this section is to improve the quality of representation of clients, provide a forum for the improvement of law and procedure and enhance the administration of justice in the areas of commercial and federal litigation.  These purposes are met by:

a) Developing relationships and sharing practice experiences with fellow commercial and federal litigators, state and federal judges, and regulatory and administrative bodies;

b) Establishing committees for the purpose of promoting research, analysis, and discussion on relevant current issues affecting commercial and federal litigation;

Membership in the Section and participation in our events affords litigators a unique opportunity to interact with the judiciary and to keep abreast of developments in our courts.   Judges regularly address our monthly Executive Committee Meetings, and many judges attend our Annual Meeting in January and our destination Spring Meeting in May.  At our Annual Meeting, we confer the Fuld Award on a member of the legal profession who has significantly contributed to the practice of commercial law and litigation in New York.  At our Spring Meeting we confer the Haig Award, named in honor of our first Section Chair, given to a long-standing member of the legal profession who has rendered distinguished public service.  The Section holds Bench and Bar meetings throughout the State to bring our members together with the Judges of the Commercial Divisions and federal District Courts.  Members of the Section typically can meet all of their CLE requirements by attending Section events.

While the Section and its Committees comment on many different issues facing the courts in which we practice, one of our most timely and noted contributions has been the Section’s Social Media Ethics Guidelines.  The Section’s Guidelines have been quoted in opinions by ethical bodies throughout the nation and have been widely followed by other bar associations.

The Section is committed to diversity and inclusion.  The Section’s Women’s Initiative Task Force has authored two ground-breaking reports about women attorneys in New York State courtrooms.  In 2017, the Task Force published “If Not Now, When? Achieving Equity in the Courtroom and in ADR,” and in 2020 published “The Time is Now: Achieving Equality for Women Attorneys in the Courtroom and in ADR.”  The leadership of the Section has publicly committed to supporting the recommendations of the Task Force in law firms, in-house legal departments, the judiciary and the public sector.

The Section honors its commitment to diversity and inclusion through awards and scholarships.  Each year, the Section awards the Shira A. Scheindlin Award for Excellence in the Courtroom to a female litigator who has distinguished herself in the courtroom in the Federal or State courts.  The Award is named for our former Section Chair, the Hon. Shira A. Scheindlin (Ret.).  The Section also awards the George Bundy Smith Pioneer Award to recognize legal excellence, community commitment and mentoring. The Section awards the Judith S. Kaye Commercial and Federal Litigation Scholarship to female attorneys who have practiced commercial litigation for between two and ten years and a Diversity Fellowship to a diverse first year law student to work in a litigation position in the public sector.

The Section is particularly interested in involving more young attorneys.  Membership in the Section provides younger attorneys with the opportunity to network with more senior litigators and to meet members of the judiciary in informal settings.  Membership on Section Committees offers younger attorneys the opportunity to work with some of the most noted attorneys in our profession on issues facing litigators in the Commercial and Federal courts of New York. 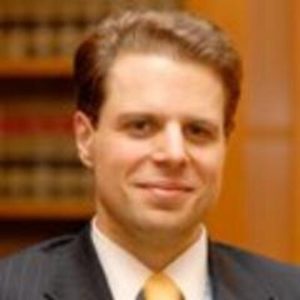 Daniel K. Wiig of New York City is the new chair of the section. Wiig is University Associate General Counsel of the City University of New York, where he focuses on the legal matters affecting the largest urban university system in the United States.

A 14-year member of the association, Wiig most recently served as chair-elect of the section. He also is a member of the Corporate Counsel and Dispute Resolution sections.

Wiig graduated from St. John’s University and earned his law degree from Brooklyn Law School. He also earned an MBA from Fordham University.

The NYLitigator features peer-written substantive articles relating to the practice of commercial and federal litigation on various topics, including discovery; mediation; settlements; corporate liability; and due process. Section Reports, written by various Commercial and Federal Litigation Committees, are often featured in each issue. Edited by Orna Artal, Esq. of Ramos & Artal LLC, the NYLitigator is published by the Commercial and Federal Litigation Section and distributed to Section Members free of charge.

The NYLitigator is published as a benefit for members of the Commercial and Federal Litigation Section and is copyrighted by the New York State Bar Association.

The NYLitigator encourages article submissions on topics of interest to members of the Section. Writing an article for a NYSBA Section publication is a great way to get your name out in the legal community and advertise your knowledge. Our authors are respected state-wide for their legal expertise in such areas as ADR; settlements; depositions; discovery; and corporate liability.

For questions regarding awards and scholarships, please contact Catherine Carl at [email protected].

The Stanley H. Fuld Award was created by the Commercial and Federal Litigation Section in honor of the late Chief Judge of the New York Court of Appeals. The Section presents the award annually at its Annual Meeting luncheon in January to recognize outstanding contributions to the development of commercial law and jurisprudence in New York State.

Award Criteria: Member of the legal profession who has significantly contributed to the practice of commercial law and litigation in New York.
Nomination Deadline: September 1
Date Presented: During the Section’s Annual Meeting Program in January

SHIRA A. SCHEINDLIN AWARD FOR EXCELLENCE IN THE COURTROOM

The Section will present the Award annually in November, on or around the date when women received the right to vote in New York State in 1917. The Award will be given to a female litigator who has distinguished herself in the courtroom in either the Federal or State Courts in New York and who has shown a commitment to mentoring young attorneys in the legal community.
Date Presented: November

Eligibility:
Female attorneys who have practiced commercial litigation between two and ten years since their admission to the New York State bar, and who remain in good standing.

The New York Bar Foundation is pleased to offer the Kay Crawford Murray Commercial Division Diversity Fellowship each spring which has been established by The Foundation through a gift from the Commercial and Federal Litigation Section of the New York State Bar Association. The Fellowship will be awarded to a current first year (1L) diversity law student who is enrolled in a law school in the State of New York to work in a litigation position in the public sector in the State of New York during the summer.

Looking for a Mentor? NYSBA’s Commercial & Federal Litigation Section is inviting members to participate in our 2022 Mentorship Program.

Program Description: NYSBA’s Commercial & Federal Litigation Section (“ComFed”) is happy to announce the re-launch of its Mentoring Committee Program (the “Program”). The Program, which will run from January 2022 – June 2022, is focused on matching mentors and mentees based not only practice areas but also personal interests in an effort to facilitate lasting and career-long relationships that are personally and professionally compatible. ComFed will sponsor appropriate events for the mentors and mentees during this time to meet the aforementioned objectives.

Please note: In order to be considered for membership in the Program, the applicant must be a member of the New York State Bar Association and Commercial and Federal Litigation Section, so if you’re not already a member…join today.

Next Steps: Mentees may submit their application below. Space is limited, so not every applicant will necessarily be matched with a mentor. To the extent possible, we will match mentees and mentors located in the same geographical area.

The Judge Robert A. Katzmann Memorial Essay Contest was created jointly by the Justice For All Initiative of the Federal Courts of the Second Circuit (“Justice For All”) and the New York State Bar Association Commercial and Federal Litigation Section (the “Section”) in honor of the late Judge Robert A. Katzmann, who served as a United States Circuit Court Judge on the Court of Appeals for the Second Circuit from 1999 through 2021, and was that court’s Chief Judge from 2013-2020. Prior to his appointment as a Circuit Judge, Judge Katzmann was a Fellow of the Brookings Institute and a Professor of Law at the Georgetown University Law Center. Judge Katzmann was a great supporter of the Section.

The Essay Contest Awards will be initially funded through the graciousness and generosity of Judge Shira Scheindlin, the Section’s former Chair, who served as a United States District Judge for the Southern District of New York from 1994 through 2016

Our Section has worked on building a Commercial & Federal Litigation Section COVID-19 Information Page to provide a place to easily access the information which is of interest to our members, including the latest information on accessing the courts and litigating during these challenging times.  While we recognize that NYSBA has its own page, and we can redirect our members to that content where applicable, we developed our own outline of contents and are seeking support form section members to build the best resource possible.

2016 AMENDMENTS TO THE UNIFORM RULES FOR SUPREME AND COUNTY COURTS, RULES GOVERNING APPEALS, AND CERTAIN OTHER RULES OF INTEREST TO CIVIL LITIGATORS 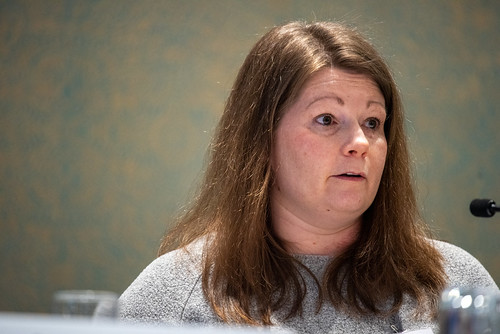 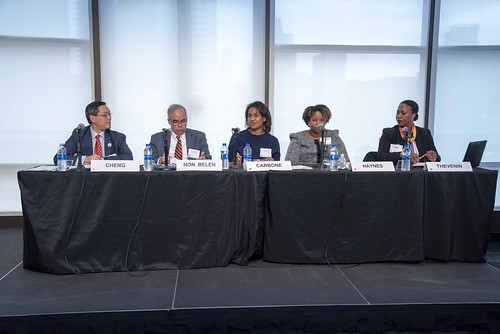 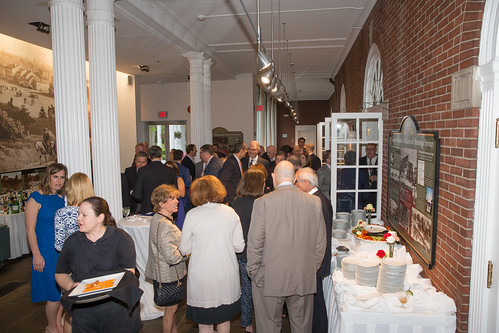 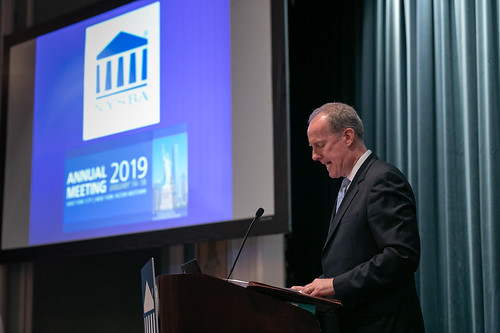 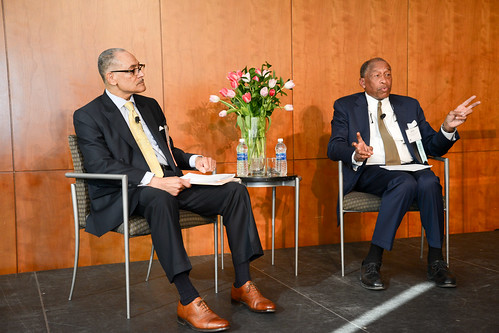 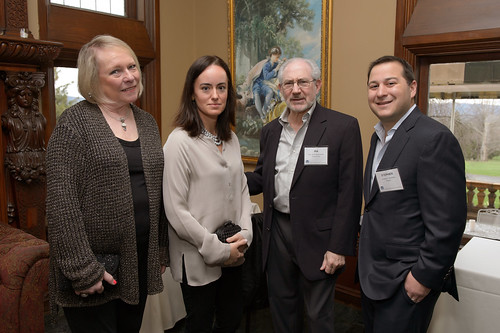 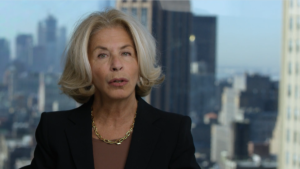