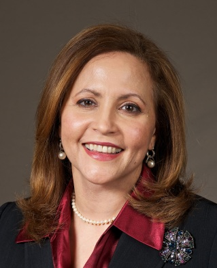 Michele A. Perlin is currently an Associate at Devitt Spellman Barrett, LLP. Her practice focuses on commercial premise liability, defense of homeowners’ claims, labor law, construction accidents, and insurance defense. Prior to joining the firm, Ms. Perlin was an associate at an insurance defense firm on Long Island. Ms. Perlin has substantial experience litigating in courts through the State of New York. Ms. Perlin specializes in the litigation of claims involving complex civil litigation focused areas of premise liability, automobile liability, labor law, personal injury, no-fault litigation, general litigation, subrogation, construction, and property damage. Ms. Perlin handles cases involving all aspects of civil litigation from inception to trial. She is skilled in all aspects of litigation, including motion practice, mediation, and arbitration. While she attended law school, she worked as a research assistant to the law school’s faculty, law journal, and law review. During law school, she received a Certificate of Merit in trial practice and was Vice President of the Student Intellectual Property Law Association. Prior to joining the firm, Ms. Perlin worked as a legal assistant for Lexis Nexis and interned for the Queens District Attorney’s Office in the White-Collar Crimes Bureau.