The Business Law Section of the New York State Bar Association, in order to recognize the importance and value to the Business Law Section of the many hours of volunteer service provided to the Section and its Committees by its members, established the David S. Caplan Award for Meritorious Service. The award is named in honor of Mr. Caplan, former Chair of the Technology and Venture Law Committee, who, despite his personal physical challenges, was always willing to volunteer his time, his effort, and his ideas for the benefit of the Section.

The Executive Officers of the Section are authorized to take such other action as they deem appropriate to publicize the nomination process and the identity of the recipient of the award. 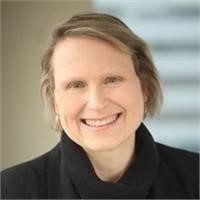 Ms. Scott has spent much of her career on bank regulatory issues involving both domestic and international financial institutions. In addition, she has expertise in such related areas as anti-money laundering, fintech, payment systems and consumer financial privacy.

Kathy started her career in Washington, DC with the US Treasury Department. From 1990-1998, she was an Assistant Counsel in the Legal Division at the New York State Banking Department, which was later consolidated into the Department of Financial Services when that agency was created in 2011. After leaving the Banking Department, Kathy focused her practice on financial services and related legal issues, working in New York City at three major law firms, serving financial services clients around the world.

Kathy began her tenure at the DFS on August 2, 2021, as a Deputy Superintendent of Banking.

A prolific writer, Kathy has contributed to treatises on international banking operations in the United States and on securitizations and had an International Banking column in The New York Law Journal for over 10 years. She also edited and provided content for her previous firm’s financial services regulatory blog and presented a number of CLE courses on banking and anti-money laundering.

Kathy received her undergraduate degree at Villanova University and her JD from American University Washington College of Law.

Ms. Scott is accepting this award in her personal capacity.*

James W. Everett, Jr. New York State Department of Financial Services Jim has served as the Capital Markets Counsel to the New York State Department of Financial Services since June 2001.  He represents and advises the Department’s senior management, Capital Markets Division, and other divisions on investment law concerning domiciled insurers, reinsurance trusts, banks and bank holding companies and benefit plan investments. He has represented DFS on the National Association of Insurance Commissioners’ Valuation of Securities Task Force, of which he has been Vice-Chair, and on statutory accounting and risk based capital issues. As Vice-Chair of the NAIC’s Corporate Governance Working Group, Mr. Everett wrote the first draft and oversaw the drafting of the NAIC’s Corporate Governance Annual Disclosure model law and regulation.  He wrote the department’s amendments to the regulation of pubic retirement systems’ fiduciary regulation and the New York City Comptroller’s reforms of city retirement system investment procedures. Jim has served as chair of NYSBA’s Business Law Section and a member of its Executive Committee.  He is a member of the International Association of Insurance Supervisors.  He is also an Observer of the Institute of International Banking Law & Practice Government Letter of Credit project and of the Uniform Law Commissioners’ Uniform Commercial Code & Emerging Technologies Committee. Before joining the department, Mr. Everett served as Vice-President and Counsel for State Proceedings for the Securities Industry Association (SIFMA’s predecessor) and Assistant Counsel to the New York State Senate Majority Leader. Jim has been published on Uniform Commercial Code Articles 2, 2A, 3, 8, and 9. Jim earned his LL.M., with honors, in Banking Law from Boston University, his J.D. from the University at Buffalo with honors in securities regulation, and his B.A. from the College of Wooster (Ohio) with honors in political science (international affairs).