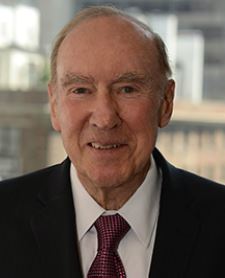 After graduating from Harvard College and the Columbia University Law School, Evan served five years with the United States Department of Labor, Office of the Solicitor and the National Labor Relations Board in Washington, D.C., Boston, and New York.

Evan is an adjunct professor at Columbia University Law School where he teaches Employment Law. He has previously served as an adjunct professor at Baruch College of the City College of New York, and as a lecturer in labor law at St. John’s University, and at annual labor and employment institutes of New York University, Southern Methodist University, Boston University, and the University of Washington. He has written, edited and published numerous articles, books and book chapters on a broad range of issues, including wage and hour collective actions, comparable worth and pay equity, employment discrimination, wrongful discharge, retiree health care, plant closings and reductions in work force, e-mail and workplace privacy, union picketing and hand billing on private property, NLRB representation and unfair labor practice proceedings, the interaction of ERISA, the ADA and the NLRA, pregnancy disability, sexual harassment, employee benefits and alternative dispute resolution.

A Former Chair of the New York State Bar Association’s (NYSBA) Labor & Employment Law Section, Evan continues to serve on its Executive Committee. He has also served as a member of the Executive Committee of the NYSBA’s Dispute Resolution Section.

In January 2018, Evan was elected a Fellow of The New York Bar Foundation in recognition of his distinguished achievement, dedication to the legal profession, commitment to the organized bar, and service to the public. He was also elected to the College of Labor and Employment Lawyers as a Fellow, the highest recognition by one’s colleagues of sustained outstanding performance in the profession, exemplifying integrity, dedication, and excellence. Evan has been selected by his peers for inclusion in The Best Lawyers in America© (1995 to 2018) in the fields of Employment Law—Management and Labor Law—Management and has been included on the New York Metro Super Lawyers list (2006 to 2019) in the areas of Employment & Labor, Employment Litigation: Defense, Employee Benefits, and Alternative Dispute Resolution. He received the 2014 Samuel M. Kaynard Award for Excellence in the Fields of Labor & Employment Law in recognition of his strong ideals, keen legal acumen, and outstanding contributions to the fields of labor and employment law. In addition, Evan is currently listed in Who’s Who in America; Who’s Who in American Education; Who’s Who in Industry and Finance; Who’s Who Legal: The International Who’s Who of Management Labour & Employment Lawyers; and Who’s Who in the World.