Donoghue played a critical role in refuting claims of a “stolen” election in 2020 by then-President Donald Trump and his allies. He testified before the House Select Committee investigating the Jan. 6, 2021, insurrection at the U.S. Capitol that he threatened to resign if the president ousted Acting Attorney General Jeffrey Rosen due to his refusal to overturn the election results.

In  accepting the award, Donoghue spoke with a quiet humility. “We did what 99 percent of real lawyers would do – I know this to be true,” he said.  Donoghue also noted that the country has made it through wars, rebellions and economic turmoil  and assured the audience that the republic will remain intact through these trying times.

“We need good lawyers both inside and outside government to work without fear or favor. Let us, as a profession, do all we can, to do just that.”

“When it mattered most, Richard Donoghue stood up for the U.S. Constitution and the rule of law,” said Sherry Levin Wallach, president of the New York State Bar Association. “We owe him a debt of gratitude for his courageous act at a time of intense consequence in our nation’s history.”

David Louis Cohen, chair of the Criminal Justice Section, echoed Levin Wallach’s comments, saying Donoghue stood up for his convictions in the face of significant pressure.

“In recognition of his personal and professional character in the face of unprecedented challenges to democracy, the Criminal Justice Section is pleased to honor Richard Donoghue’s example of bravery in defense of justice,” Cohen said.

Errol Toulon is a trailblazer in the field of corrections, helping young people, incarcerated women and trafficking victims improve their lives. Upon receiving the award, he chocked back tears, thanking his family for its constant support. He reminded all in attendance that released inmates are not hiding, but living among us, working at the Target or the grocery store.  “They don’t have a scarlet letter; they are in our communities,” he said.

These programs are showing results in Suffolk County, which has a low recidivism rate of 17 to 21%. During the event, Toulon gave credit to his team for its commitment to changing the lives of the inmates and their families.

“Sheriff Toulon is a tireless leader who believes in both the dignity of all people and the value of second chances,” Levin Wallach said. “The programs he has instituted to reduce crime and recidivism are truly remarkable.”

“Sheriff Toulon is among the most innovative and progressive national figures in the field of corrections,” Cohen said. “His dedication to reducing crime through rehabilitation is unparalleled. It is the awards committee’s privilege and pleasure to recognize his leading voice in the field of criminal justice.”

Murray Richman is one of the best-known criminal defense attorneys in New York City and also a past president of the New York State Association of Criminal Defense Lawyers.

In accepting the award, he said “It’s my 39th year of practice and it’s the greatest thing in the world, being a lawyer, it’s been a great life.”

“I have known Murray since I was a college student. He is one of the attorneys that inspired me to be a criminal defense attorney. I have had the privilege to serve alongside him for many years and the honor to have had him refer me cases,” Levin Wallach said. “He is a skilled attorney who has tried thousands of criminal cases over the past half century. He could not be more deserving of this recognition.” As Murray always says when he puts his appearance on the record, “Murray Richman for the defendant and the constitution of the United States of America.’”

Richman is also a lecturer in criminal law at Fordham Law School, New York Law School, and Cardoza Law School, giving back to the next generation of attorneys. He hosts a weekly radio program on WVOX called “Don’t Worry Murray.”

“’Don’t Worry Murray’ has protected the freedom of more Bronxites than likely anyone can fully and accurately calibrate,” Cohen said. “Now in the sunset of his practice, he personifies the short-sleeved lawyer who brings meaning to the 4th, 5th & 6th Amendments.” 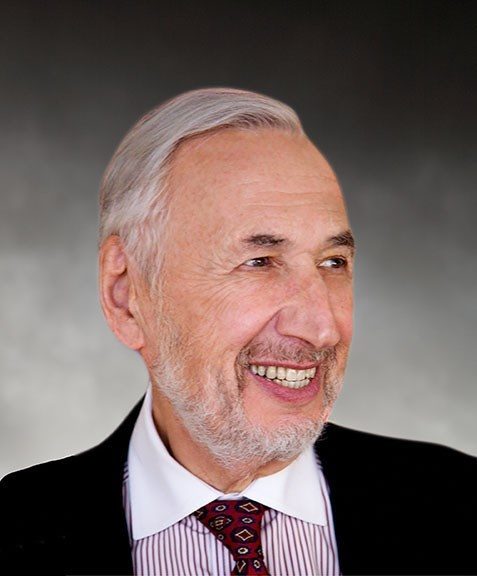 During six decades as a member of the bar, the late Jack Hoffinger was an exemplary defense attorney. He successfully defended a wide range of clients in a number of high-profile cases. Later, he and his two daughters founded a litigation boutique, the Hoffinger Firm, where he practiced until recent years. He also taught at several law schools and helped establish the Hoffinger Colloquium at NYU School of Law, a monthly lecture and conversation about current issues in criminal law.

Harvey Fishbein, Jack Hoffinger’s son-in-law presented the award , which was accepted by Hoffinger’s daughter Fran. Fishbein recounted how Jack came from meager beginnings in the Bronx and after service in the Army, used the GI Bill to attend college and law school.

“Jack had a brilliant mind with an understanding of people and the street,” he said. “He understood that good law is practiced with relationships between the prosecution and the defense.”

Fran agreed, saying her father was a thinker with a passion for the study of law. ” He understood the balance between both sides and he knew it was important to spend the time needed in seeking justice.”

“Jack is one of the greats of the criminal justice community. He was a brilliant criminal attorney and scholar. He was a true gentleman who treated everyone with dignity,” said Levin Wallach. “On a personal note, Jack served alongside me in the New York State Bar Association and supported my rise through the NYSBA leadership. I will always be grateful for his mentorship, encouragement and friendship.”

In her closing remarks to the section she once chaired, Levin Wallach encouraged all of those present to keep up the good fight. ” It’s an uphill battle, don’t give up! We are fighting hard, don’t give up!”