President Sherry Levin Wallach has led an interesting life that includes scuba diving and riding horses, starting her own law firm, and taking on leadership roles at NYSBA. But do you really know her? Let’s find out.

1. The genesis of the Trial Academy can be traced to notes on a cocktail napkin. After the Young Lawyers Section Supreme Court Admissions Program in Washington DC, Sherry Levin Wallach and Tucker Stanclift began discussing needs for CLE programming. They came up with an idea to have a program designed to help lawyers gain more trial experience. They jotted down their thoughts on a cocktail napkin and later pitched the State Bar staff in Albany. The Trial Academy is now in its 13th year, recently held for five days at Syracuse Law School.

2. Much to her surgeon father’s chagrin, Levin Wallach was and remains a “Deadhead.” Her Apple Music shuffles playlist ranges from classic rock to 70s disco to Gilbert and Sullivan to Broadway show tunes. 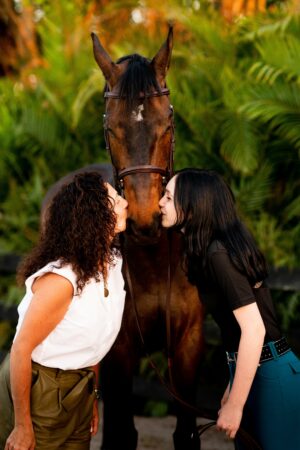 3. If you want to catch Levin Wallach at her most happy and peaceful moments it’s on her horse or just spending time around the barn. She is an avid equestrian, along with her daughter, who is skilled jumper rider. She discovered her love of horses and horseback riding as a young child and competitively rode until college. 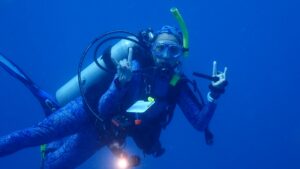 4. Levin Wallach finds calm and time to think scuba diving or working in her vegetable garden, which she lovingly maintains herself. “I love gardening. I find it is a good thinking place,” she said.

5. Among the books that have had the most impact on Levin Wallach, Margaret Atwood’s “The Handmaid’s Tale” is at the top of the list, along with John F. Kennedy’s “Profiles in Courage,” Brian Stevenson’s “Just Mercy,” Zach McDermott’s “Gorilla and the Bird: A Memoir of Madness and a Mother’s Love” and Heather Thompson’s “Blood in the Water: The Attica Prison Uprising of 1971 and Its Legacy.” 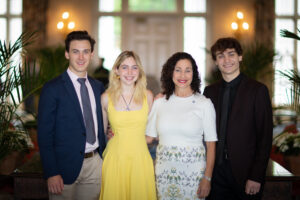 |
6. Levin Wallach is the proud mother of three dynamic children, who are all accomplished skiers and scuba divers: Sebastian is a rising senior at Lafayette College and avid outdoorsman and cyclist/mountain biker, Tyler is a rising sophomore at DePaul University riding his long board around Chicago and a movie buff, and Riannah is a high school rising junior who recently was a finalist in her school’s poetry contest, and also is a competitive equestrian and varsity lacrosse player.

7. Levin Wallach’s Bronx DA family, formed when she was an assistant district attorney in the 1990s, includes Congresswoman Stacey Plaskett (D-VI-01), who inspired her worked with the U.S. Territories and presented several NYSBA CLE programs in the last year.

8. Levin Wallach cites her work at the death penalty clinic with Professor Eric Freedman as among her favorite law school experiences. She was also inspired by her Constitutional Law professor Leon Friedman and Professor John DeWitt Gregory.

9. Levin Wallach’s best friend since she was 2 years old, Regina Ahlgren, wrote and directed the House of Delegates Dinner presentation in April. Ahlgren, an accomplished Broadway performer and choreographer, organized a team of Broadway performers who put together an original piece, “Law and Order…and All That Jazz.”

10. As president, Levin Wallach is excited about cultivating existing relationships, engaging new members and collaborating with other bar associations. “I’m looking forward to the opportunity to be president during a time when I feel our legal system is going to be shaped in a new way, in response to the changes brought about by the pandemic,” said Levin Wallach. “We’re figuring out the entire future of the legal system and how we are going to strike a balance between virtual and in-person practice of law. I think it’s an exciting time to be president and hopefully have some influence and impact on those changes.”