Nominations for the 2nd Annual Trial Lawyers Awards has closed.  We look forward to presenting the awards at the TICL and Trial Lawyers Sections Annual Meeting Awards and Networking Reception on January 19th, 2023 at 6:00pm at the New York Hilton Midtown.  More information coming soon!

Register for the annual meeting and the Awards and Networking reception today! 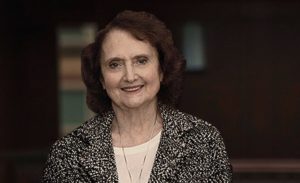 The Betty D. Friedlander Award for Trial Excellence was created by the Trial Lawyers Section to honor the pioneering career of Betty Friedlander, one of the first female trial lawyers in upstate New York.

To qualify, applicants should: have practiced substantially as a trial lawyer in state (or federal) courts in upstate New York (outside New York City); and exhibited excellence in cultivation and use of trial skills, in, inter alia, courtroom practice, case preparation, client and collegial relations, litigation strategy and ethics; and demonstrated commitment to excellence in trial practice, for example, by professional engagement, writing, advocacy, teaching or mentoring. 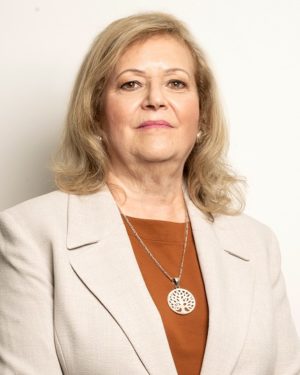 Cynthia has spent her career as an advocate for those who have found their lives adversely affected by injuries due to some other person or entity’s negligence.  Her practice now includes only catastrophic injury cases and sexual abuse cases.  She is passionate about her career and always takes to heart the needs of her clients.  She is an active and prominent attorney who practices in the capital region and 32 counties surrounding it.

Cynthia has received many verdicts and settlements in seven figures.  In 1996 she received the highest personal injury verdict for the entire United States, the sum was $94,500,000.00.

Cynthia is the proud Mom of Hannah, Seth, Susanne and Sorawit.  Besides her children, she loves and shares her life with her horses, dogs and donkeys. Her hobbies include hiking, swimming, cooking, dancing and listening to music.

To qualify, applicants should have: practiced as a trial lawyer in private practice in New York State; and demonstrated successful efforts in providing high quality education, training, teaching, or mentoring.; and exhibited excellence in trial advocacy and/or judicial service in the courtroom and demonstrated integrity and ethics; and demonstrated a commitment to diversity and inclusion in the legal profession. 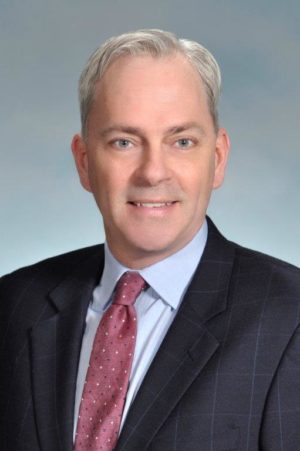 Kevin T. Hunt is partner in the law firm of Gale Gale & Hunt, LLC of Syracuse, NY. During his 30 year career, he has conducted hundreds of civil trial matters, with over 60 to verdict. Another part of his practice is spent defending medical providers and other professionals in licensure matters involving the New York State Office of Professional Medical Conduct and the Office of Professional Discipline. Mr. Hunt received his Juris Doctor in 1991 from the Syracuse University College of Law and graduated from Washington & Lee University with a B.A. in Economics in 1988.

In 2014, Kevin was inducted as a Fellow in the American College of Trial Lawyers (ACTL). He now serves as a member of the ACTL Upstate New York Committee. He has also been recognized as a Super Lawyer in the field of Professional Liability Defense every year since 2010 and was selected by his peers for The Best Lawyers of America for his work in Personal Injury Litigation-Defendants.

Kevin is a current or past board member of the Onondaga County Bar Association, the Central New York Leukemia and Lymphoma Society, Syracuse Meals on Wheels and the Town of Onondaga Board of Assessment Review. He helps serve breakfast to the hungry and food insecure every Friday at the Samaritan Center. He resides in Syracuse with his wife Kathleen and their three children.

The Justice Irma Vidal Santaella Memorial Award for Excellence in the Courtroom was created by the Trial Lawyers Section in honor of the First Puerto Rican/Hispanic Female Judge elected to the New York State Supreme Court.

Janet DiFiore, Chief Judge of the Court of Appeals and of the State of New York, was born in 1955 in Mount Vernon, New York.

She graduated from C.W. Post College, Long Island University (B.A. 1977) and from St. John’s University School of Law (J.D. 1981). She was admitted to the Bar of the State of New York in 1982. Chief Judge DiFiore served as an Assistant District Attorney in the Westchester County District Attorney’s Office from 1981-1987, and from 1994-1998 as Chief of the Office’s Narcotics Bureau. From 1987-1993, Chief Judge DiFiore practiced law with the firm of Goodrich & Bendish. In 1998, she was elected a Judge of the Westchester County Court, presiding over criminal and civil matters and sitting by designation in the Family Court, Surrogate’s Court and Supreme Court. She served as a County Court Judge until 2002, when she was elected a Justice of the New York State Supreme Court.

As a Supreme Court Justice, she served as Supervising Judge of the Criminal Courts of the 9th Judicial District. In 2005, Chief Judge DiFiore resigned from the bench and was elected Westchester County District Attorney. She served in this position from 2006-2016. On December 1, 2015, Governor Andrew Cuomo nominated her to the position of Chief Judge of the Court of Appeals and the State of New York. On January 21, 2016, her nomination was confirmed by the New York State Senate.