A major obstacle looms on the horizon as the pandemic recedes: recruiting and retaining the next generation of superstar lawyers. The key to appeal to that generation is technology just as it is in securing and engaging clients.

“Firms should have increased confidence that their attorneys are working no matter where they are—in the office, or when necessary, in their homes with their toddlers. Employers need to ensure flexibility and trust that the job will get done,” said Viktoriya Liberchuk, a 32-year-old associate who has been practicing law for six years, four of them at Farrell Fritz. 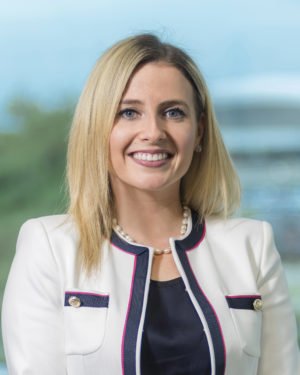 That was the biggest takeaway in our conversation with multiple young lawyers who shared their perspectives on the future of the industry–they see technology and flexible, hybrid work arrangements as integral to their future success. And research in some areas appears to back them up.

The pandemic was a time of financial strain and cutbacks for most firms, but a LexisNexis study recently found that firms that pivoted quickly to adopt technology for office work, marketing and content management, were able to achieve significant financial growth. The results of the May 26 survey speak to the future of a profession in flux and may present a way forward for law firms trying to decide their future. 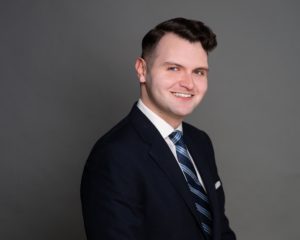 Kevin Quaratino, who graduated Fordham Law and started at Foley and Lardner LLP this year, said that besides the flexibility work-from-home arrangements offer there’s also an element of increased productivity. “While there is something not quite right about seeing a judge preside over a screen instead of a courtroom, the time saved by virtual court conferences and oral arguments is undeniable. In fact, one attorney can attend multiple conferences in a day, whereas that may have been unfeasible pre-pandemic because of the courts’ locations,” he said.

Such practices are all conveniences young lawyers have grown used to during the pandemic, and according to a host of young lawyers we’ve spoken to for this article as well as those surveyed by other publications, they want these ways of working to become part of a post-pandemic, hybrid work environment. And it isn’t just young people; a survey published by Robert Half on Aug. 16 found that one out of three professionals who worked at home during the pandemic would quit if forced to return to the office full time. 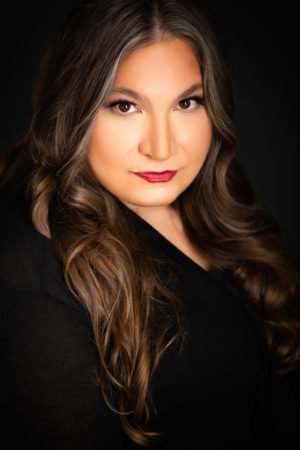 “It is possible that a person of this generation works better from home, but that remains to be seen,” says Anne LaBarbera, chair of NYSBA’s Young Lawyers Section, who describes herself as an older young lawyer, having come to law after a career in film. She admits that she didn’t grow up with video chats and other tech that has become so commonplace in the office during the pandemic.

She notes that the lack of commute, a reduction in stress and the ability to live where you please may be better for mental health and productivity, but she wants to see hard data about client outcomes and whether virtual hearings extend the legal process before making any judgment.

“Frankly, young lawyers are the future, and firms that had resisted technology and change were forced to deal with it over the past year,” said Lauren Sharkey, a 35-year-old partner at Cioffi, Slezak, Wildgrube who serves on NYSBA’s task force on the future of the legal profession. “I hope firms recognize that technology is making it easier to maintain a healthy work/life balance.”

Sharkey along with a host of other young lawyers we spoke to for this article acknowledged that there are benefits to being in the office and that is why they favor a hybrid model. 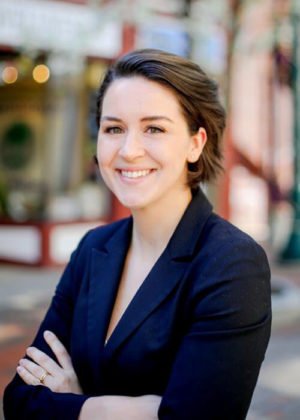 “It is harder to meet colleagues virtually,” says Sharkey, who has hosted networking events for young lawyers before and during the pandemic. “You definitely do not get that camaraderie that you do in the office,” she said.

Another major part of the hybrid equation is client needs and results. Sharkey says that in one case one of her clients joined a court procedure from a work site in Georgia. “He appeared on the side of the road with his hard hat on. If he couldn’t have done it virtually, his case simply would not have been heard. We also have immunocompromised clients who do not want to set foot in the office. On the other hand, we have elderly clients who insist on meeting in the physical office, and certainly people without cell phones and laptops are not served by virtual hearings.”

LaBarbera says she is concerned that a strictly virtual legal process could be to the detriment of clients. “In a profession like ours that is based on human interaction something is lost from not being in the room together. It’s easier to reach a deal in person.”

Her major concern is that any efficiency gained through the ease of virtual hearings could lead to “diminishing returns.”

She points to a chatbot Microsoft designed on Twitter that was meant to adapt to social media conversation. It had to be taken offline after it began making racist and anti-Semitic rants.

“There are things said in the digital world that would not be said face to face. You could extrapolate from that that without that face-to-face interaction there will be an instinct with counsel to keep proceedings going rather than work together to find a common thread or settlement.”

Adapting to the evolving demands of the post-pandemic world will require a range of expertise that will not be satisfied exclusively by lawyers. Experts agree that multidisciplinary teams will become critical to the practice of law in the modern world.

A Bloomberg Law article from April of this year suggests that modern law offices will need to build these teams out of technology experts, strategic planners, marketing specialists and financial experts to compete successfully. These teams will be able to react to client demands to produce solutions that are easily understood, drawn from data, and accompanied by analysis of how they will play beyond the courtroom.

Successful integration of a digital approach will mean adopting cybersecurity practices and providing employees with the training they need to work successfully in a digital environment.

“Law firms should train all staff members on the firm’s software. In addition, IT staff should be readily available to lawyers and staff to assist with technological glitches,” writes Liberchuk, who also advocates that firms provide lawyers with the technology they need to operate at home, technology such as laptops, printers and monitors.

Firms will also need to pay strict attention to cybersecurity. Experts warn that reliance on technology during the pandemic and the increase in cyber-attacks, ransomware and spoofing has created a perfect storm. The hack of cybersecurity firm Accellion that counted law firm Jones Day, the state of Washington, Morgan Stanley, and The Reserve Bank of New Zealand among its high-profile clients sent shockwaves through the industry. Brett Callow, a cybersecurity expert with Emsisoft told Law.Com that the hack demonstrates to firms “that it’s not only their own security they need worry about, but also that of their vendors and solution providers.”

Experts say that having a cybersecurity officer will be critical for law firms. “Just because a company doesn’t have a CISO doesn’t mean they are not Fort Knox with security—however, it’s more likely they are not,” Christopher Ballod, an associate managing director in the cyber risk practice at Kroll, told Law.com in an article titled “Neglecting Cybersecurity Isn’t Just Risky. It’s Reckless.”

“While the COVID pandemic has caused courts physically to close, it has enabled courts to continue conducting hearings, trials, and conferences virtually,” says Liberchuk.

“Although it is unclear whether courts will go back to the old “norm” in conducting in-person operations, one thing is clear: technology in light of the pandemic has reshaped the way in which we practice law forever.”