To honor a member of the NYSBA for outstanding professionalism, which is defined as dedication to service to clients and a commitment to promoting respect for the legal system in pursuit of justice and the public good, characterized by exemplary ethical conduct, competence, good judgment, integrity and civility.

Presented by: Committee on Attorney Professionalism 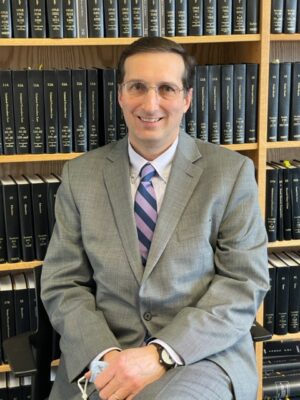 You have earned the admiration of colleagues, the respect of members of the bench, and the grateful appreciation of our community and the countless children for whom you have made a difference.

You are highly regarded for your commitment, and tireless and honorable representation of children and their welfare.

You have an outstanding reputation for being a fearless, compassionate, and ethical advocate, while also demonstrating great integrity, civility, and kindness to all within the legal system.

You are known to be an expert in your field, a mentor to many, an attorney of unimpeachable integrity, and comforter to those in need.

You are hereby honored for advancing the stature and quality of the profession of law by exemplifying its highest standards serving as a role model for other attorneys and representing the epitome of professionalism.

The Committee’s working definition of attorney professionalism is as follows: “Attorney Professionalism” Defined

Attorney professionalism refers to those qualities and attributes of a lawyer reflecting honor, integrity, civility, and commitment in the practice of law. These qualities notably elevate the profession above and beyond a means to earn a living. An attorney demonstrates professionalism by striving above career success, in pursuit of goals that meaningfully enhance the pursuit of justice and the rule of law for the betterment of our society. Those goals include increasing the representation of the unrepresented and endeavoring to strengthen the public perception that our legal system functions effectively, impartially, and fairly. Professionalism naturally carries with it the awareness that the law, and thus the manner in which lawyers conduct their practices, has a broad impact on people’s lives and on society itself.

Beyond thorough compliance with the Rules of Professional Conduct and the skillful application of knowledge, resourcefulness, and perseverance in the performance of service, attorney professionalism involves a dignified pursuit of a higher calling that can enrich our society. Professionalism requires poise, honesty, maturity, and reasoned judgment and embodies a heightened sense of responsibility and fair play, as well as a respect for others, even when zealously advocating on behalf of the client. As attorneys pursue excellence, they should also look to apply their hard-earned skills and experience to serve, assist, and mentor within the profession.

The New York State Bar Association’s Committee on Attorney Professionalism confers the “Professionalism Award” on those attorneys who most markedly demonstrate these values and wholeheartedly embody these ideals.

The Award honors attorneys who evidence the highest attributes of professionalism in the practice of law: attorneys who have labored in “the vineyard” and are especially valued by their clients and their colleagues.  Therefore, rather than being strictly a lifetime achievement award, this particular honor relates to overall professionalism in the actual practice of law. A nomination should be supported by letters from others, such as attorneys, judges or the nominee’s clients or clients’ families, particularly letters that are contemporaneous with the services rendered.  These testimonials are important in the selection process.  Your nomination should, as inclusively as possible, specify how the nominee has demonstrated the following attributes:

An attorney reflects the values and ideals of professionalism by:

Are you aware of an attorney who distinctively embodies these qualities?  We welcome and encourage an application describing your nominee’s professionalism, so that we may consider the nominee for our annual Professionalism Award.

Prior award recipients include: