To encourage adherence to these standards, and in conjunction with the Committee’s biennial, free Continuing Legal Education program for mandated providers, in 2007 the Committee established an award to honor those who do not merely comply with the Standards, but exceed them, setting an example for all to follow.

The award is given to up to three recipients who meet one or more of the following criteria:

Max R. Brown has been practicing law since 2012. A graduate of Western New England University School of Law, Mr. Brown has spent 10 years representing indigent clients in Tompkins and Schuyler Counties, chiefly as a criminal defense attorney. Mr. Brown has served as lead attorney in Ithaca City Court’s drug court as well as lead attorney in Ithaca Wellness and Recovery Court, one of the first mental health court in New York State. In February of this year, Mr. Brown took a position as a social services attorney with the Tompkins County Department of Social Services. Prior to becoming an attorney, Max served in the United States Peace Corps in Mongolia for two years.

Susan B. Lindenauer
NYSBA Committee on Children and the Law;
New York, NY

Susan has been advocating for access to justice for all who cannot afford private counsel and for high standards in the delivery of legal services for over 55 years. As the founding Chair of the and current Co-Chair of the New York State Bar Association’s Committee on Families and the Law (and the Co-Chair of its predecessor, Task Force on Family Court) a long-term member of the Committee on Mandated Representation, a member of the Chief Judge’s Commission on Parental Representation and nearly innumerable legal service committees, including as the Chair of the Committee on Legal Aid and Chair of the Criminal Justice Section, and other organizations where she has advocated strenuously and untiringly for the constitutional rights of people and the resources needed for those who would uphold these rights for decades. 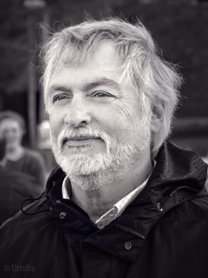 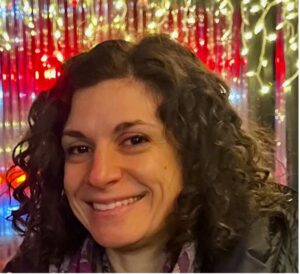 Alan Rosenthal and Kate Skolnick have played a vital role in the implementation of the Domestic Violence Survivors Justice Act and have helped New York attorneys adhere to the highest professional standards in mandated representation by spearheading innovative efforts to effectuate excellence in DVSJA sentencing and resentencing applications. Alan is a Syracuse based criminal defense and civil rights attorney with over 40 years of experience. Kate is a supervising attorney and director of the Survivors’ Advocacy Practice at the Center for Appellate Litigation in New York City.

In 2019, following the enactment of the DVSJA, Alan and Kate joined forces to create and co-chair the Statewide DVSJA Task Force and then co-chaired the group for two years. The 40-member group includes defenders, defender associations, and a victimology scholar. The Task Force mission is to coordinate research, resources, strategies, and training to meet the challenges of the new law. The DVSJA provides for alternative sentencing, both prospectively and upon resentencing, for domestic violence survivors who suffered substantial abuse that significantly contributed to their crime, where a traditional sentence would be unduly harsh.

On behalf of New York City defenders, Kate led efforts to create pro se packets of materials for distribution at prisons statewide to alert incarcerated persons to the new law and coordinated efforts between her office and ILS to help ensure that pro se persons had vital information to seek relief.

Alan and Kate have shown that, in a county-based system of mandated representation, skilled and creative leadership can result in effective coordination among defenders so that they can successfully implement an important new statute.

Past Recipients of the Award for Excellence in Quality Mandated Representation

2011
Office of the Appellate Defender